Twenty-four years ago our son Will and Hannah had a moment, among many moments they’ve had.  It was the summer of his ninth year when we as a family were in the midst of six week cross country camping and hiking trip to the American West. 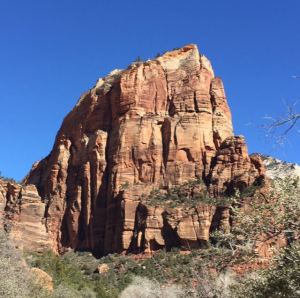 Arriving at the Visitor Center at Zion National Park looking for a family hiking recommendation, we talked to a young ranger who immediately suggested Angel’s Landing.  What did we know?  We certainly didn’t know that hikers held on to chains on a mountainside 1500’ above the Virgin River Valley.

While our daughter Robyn had enough of the hike, completing 80% of it, Hannah, and I naively continued on along the mountainside with Molly and Will.  Soon our daughter Molly and I were in the lead while Hannah held back with Will.  Angel’s Landing is a daunting climb at any age, and certainly for an eight year old. 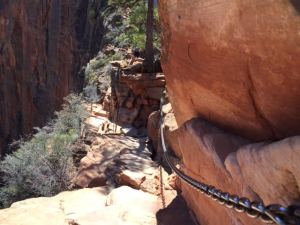 At that time and in those circumstances, Will was cautious, similar to what I imagine his nephew Owen might be like.  But Will pressed on with Hannah at his side.

Stung by a cactus needle, Will now added pain to his trepidation.  Still Hannah hung with him, fully planning to sacrifice reaching the 25’x25’ perch of Angel’s Landing herself to be with him.  But those of you who know Hannah know that it would be no sacrifice for Hannah to miss the summit.  Her focus was Will and any choices of hers were made in love. 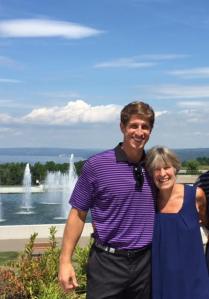 Eventually, together Will and Hannah joined Molly and me on that Zion promontory.  But today thinking back to that mountaintop in Utah, I believe Will felt it then and feels it often Hannah’s unspoken commitment to him and faith in him born from many such moments.